What is a Bleed Kit, and are workplaces required to have one? 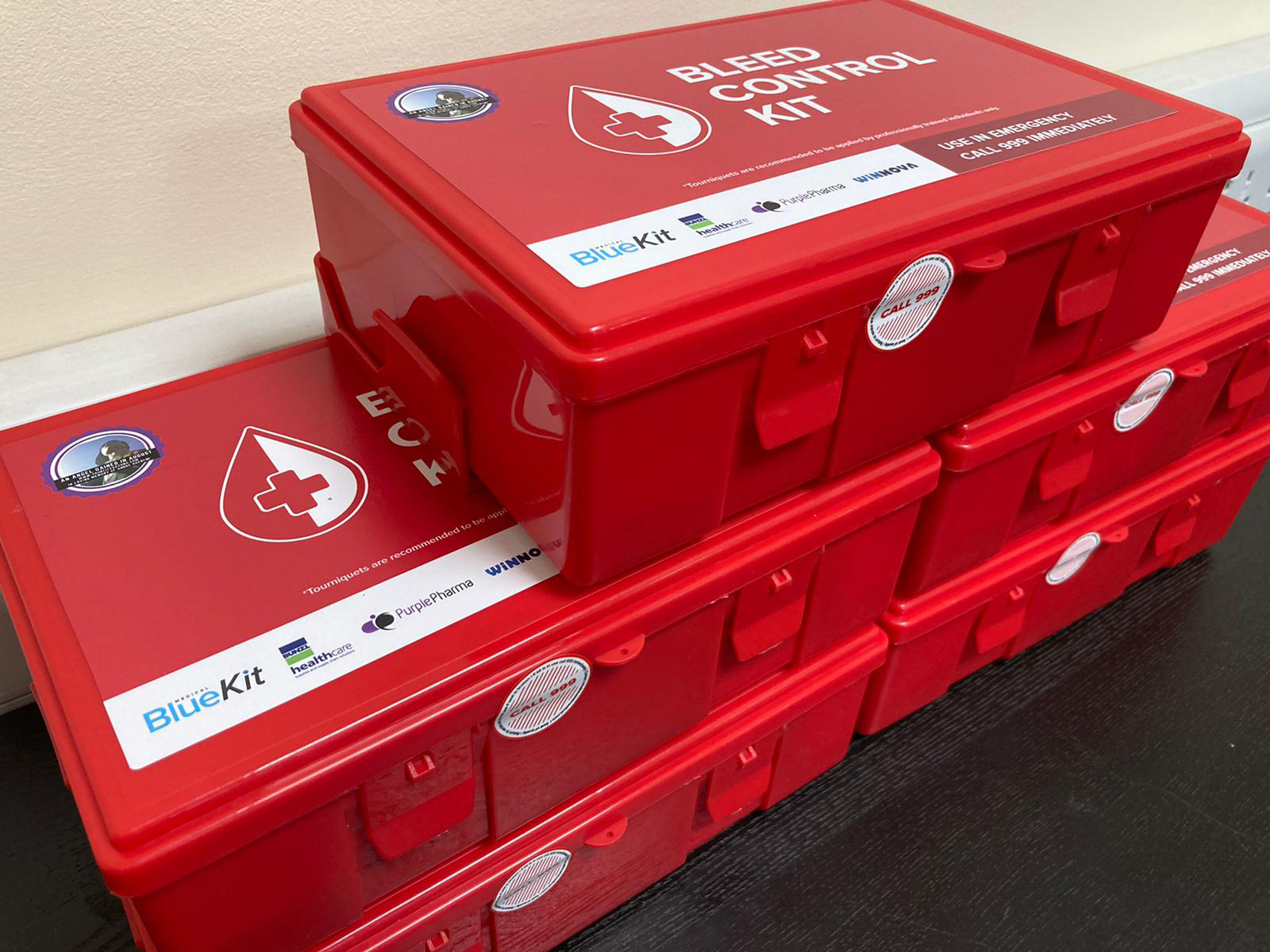 Bleed-control kits include life-saving equipment that can prevent people from bleeding to death while waiting for paramedics to reach a scene. With bleeding, early intervention is crucial; therefore, many businesses are asking the question if they should have a bleed kit in their workplace.

It is difficult to drive home the importance of having a bleed kit in the workplace or a public space. The simple fact is that bleeding to death can happen very quickly. In fact, if haemorrhaging isn’t stopped, a person can bleed to death in just five minutes. If their injuries are severe, this could be even quicker. Although these are sobering thoughts, with a small investment in a life-saving kit and some staff training, you may save the life of a friend, work colleague or a member of the public.

What is a bleed kit, and how does it work?

Bleeding control kits are specialised trauma kits designed to provide bystanders with the products they need to stop life-threatening bleeding until paramedics arrive, potentially saving lives. The kits are invaluable in workplace situations where an injury caused by machinery could create excessive bleeding. They are also incredibly beneficial in public places and venues to treat stabbing, crushing, blast and gunshot wounds.

With the increasing number of violent crimes and stabbings happening in the UK, ministers are calling for bleed kits to be made available to the police and the general public. Bleed kits are now more widely available in public spaces, like shops, malls and venues.

What is the difference between a bleed kit and a first-aid kit?

A simple basic bleed kit is likely to contain the following products, all designed to prevent bleeding fast:

Are workplaces required to have bleed kits?

Completing a risk assessment in your workplace is vital to establish the need for special trauma kits or supplies.

Ask yourself these questions:

Remember that the survival of a colleague following a traumatic injury relies on fast and effective treatment in those first few minutes before the emergency services arrive.

What is Martyns Law, and how can we prepare for it?

As many will remember, on May 22nd, 2017, an extremist suicide bomber detonated a homemade shrapnel bomb at Manchester Arena as people were leaving an Ariana Grande concert. Twenty-two people were killed, and over 1,000 were injured during this attack, many sustaining life-changing injuries.

A young person killed in the attack was Martyn Hett. A year later, his mother attended a concert in Manchester and was shocked at the lack of security and started lobbying for a change in legislation to improve security measures at arenas and venues. The campaign became known as ‘Martyn’s Law’ and is expected to result in new legislation called ‘The Protect Duty’.

In simple terms, the Protect Duty legislation aims to make venue owners and event organisers responsible for keeping people safe from terrorist attacks. The Government has confirmed that the new counter-terrorism “Protect Duty” will become law during the next session of Parliament.

The New Act will impose several duties while ensuring that “robust plans must be in place to respond to a terror attack.” Now is the time that public venues should be preparing adequate medical supplies, including trauma bags and bleed control kits, to be readily available.

What type of organisations should have bleed kits?

Above, we have discussed whether workplaces need to install bleed kits on their premise by asking a few simple questions. Of course, all businesses should carry out a thorough risk assessment to establish the need for a bleed kit, but below, we have listed some common industries and places that would likely require one:

Quite honestly, the list is endless. The cost of a bleed kit is minimal when considering the lives that could be saved by owning one.

Who is already installing bleed kits?

Publicly accessible bleed control kits are being campaigned for by community groups throughout the UK. For example, this year, the Independent Retail News magazine launched a campaign to get the nation’s 33,000 independent convenience stores to install bleed kits on their premises.

This Talking Retail article states, “Several company-owned stores, including Tesco Express and Co-op outlets, are participating in the scheme. One such group is Central England Co-op, which runs some 250 food stores across the centre of the country.”

What should I do next?

It’s time to take action. An investment in a modest bleed control kit can save lives and should become part of your mandatory Health & Safety equipment. At Stronghold Global, we can provide bleed kits for the workplace or public venues.

To find out more, speak with our team at Stronghold Global today, call us on 0845 208 4500 or email [email protected] to talk to our specialists.

FIND OUT HOW CAN WE SUPPORT YOU